- We have 5 games in this category! 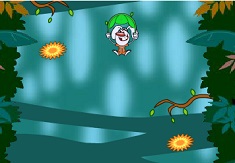 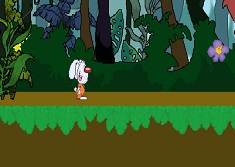 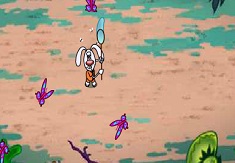 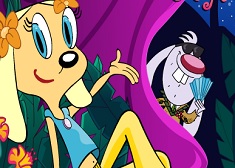 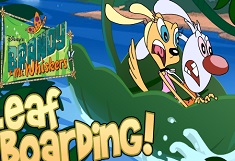 If you like our site, read more about Brandy and Mr Whiskers Games!

What are the best Brandy and Mr Whiskers Games in 2020?

Well it is time to birng you another one of our fun new categries of games. The administrative team of games-kids.com is offering you more and more new categories, new categories of games in which we are sure that you will have alot of fun. We try to offer you as many new games as possible and we hope to impress each one of you with the categories that we have to offer. . We love to see you happy all the time and that is why we have decided that we should offer you more often new categories , also meaning more new games with your favourite characters. If there is one catgeory you wants, we ar oppened to any sugestion. This time the new category that we have decided to offer to you next is a new and beautiful category of games with the characters from the serie Brandy and Mr Whiskers. WE know that you love to play the games that w ehave to offer so that is why we have for you this new category in which we plan to offer you all the existing games with the characters from the serie. On short we plan to talk to you a little about the characters and the story of this serie and after that we invite you with all our heart to play the games that the category has to offer. Brandy is the main character of the serie, she is Mr. Whiskers' best friend and also a valley girl who used to live in a mansion in Miami, Florida. She lived in luxury over the years until she meet Mr. Whiskers while on her way to a spa for the first time in an aircraft's cargo room. Oddly enough, Brandy is a true friend and often treats him like brother and sister, despite his crazy shenanigans. On an initial observance of Mr. Whiskers, one would perceive him as a silly, sloppy, smelly, gross, grumpy, hyperactive, and overall annoying pest. However, after further observance of him, one would notice that he is actually intelligent with a fairly large vocabulary, which is exhibited at special moments. Whiskers is also very loving and caring, but he can be clumsy and clueless at times, although he is arrogant and naughty. Brandy and Mr. Whiskers start getting acquainted as they begin their new lives in the Amazon Rainforest. They build a tree house to live in, using debris that fell out the plane's cargo compartment. A big part of the series is Brandy's desperation to getting back to her home in Palm Beach, Florida. In the meantime, both she and Mr. Whiskers work together and build an unlikely but genuine friendship despite having a lot of differences, adapt by exploring the environment, and making friends with the native animals. Brandy makes attempts to get the jungle to become a civilized society by introducing elements such as fashion, hygiene, and shiny rocks, their type of currency. Mr. Whiskers prefers to mix things up by using the powers of invention and imagination to occupy his time, but it usually causes havoc in the jungle and affects his popularity. In this new category we have for you as many new games as possible so we invite you to try all of them and have alot of fun!