- We have 1 games in this category! 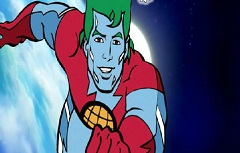 If you like our site, read more about Captain Planet Games!

The main character of the animation is Gaia, the spirit of the planet, which awakened from a long sleep by Hoggish Greedly, who happens to wanting to destroy her favourite planet

What are the best Captain Planet Games in 2020?

It seems that is the time that our team from games-kids.com give tou you dear friends a new online category of games. We are always happy o give to you new things so we thought to amaze you with something which you never thought that you will find on our website. In this new online category you will be facing the biggest problem of the Universe: pollution. So guys are ready to save your dear planet Earth from self destruction? If it s a yes we came up with the Captain Planet animation series category. If you donâ€™t know who is Captain Planet and which is his mission, we invite you to discover them in this thrilling adventure category. The main character of the animation is Gaia, the spirit of the planet, which awakened from a long sleep by Hoggish Greedly, who happens to wanting to destroy her favourite planet :Earth. Realizing that the damage is extensive, Gaia sends five magic rings, four with the power to control an element of nature: water, fire,wind and Earths power, and one controlling the element of Heart, to five chosen persons across the globe: Kwame from Africa, Wheeler from North America, Linka from the Soviet Union , Gi from Asia, and Ma-Ti from South America. These five are called The Planeteers an they are summoned by Gaia to help defend the world from pollution caused by criminals and villains, as well as natural disasters. The five teenagers, each originating from a different region of the world are each given a ring which allows them to temporarily control one of the four elements â€“ Earth, Fire, Wind, and Water â€“ as well as a fifth element, Heart, which represents love and communication. Your mission will be to the Planeteers and Gaia to fight against the villains which want to destroy Earth. When the Planeteers canâ€™t solve the quests which are given by Gaia, they summon Captain Planet, a super hero, who possesses all of their powers magnified, which means that a team is stronger than its individual parts. His hero outfit is made of the elements of the planet that are integral to his composition. Besides being part of his adventures you will get to know about his classical superhero powers such as flight, super-strength, and invulnerability, he is also able to rearrange his molecular structure to transform himself into the various powers and elements of nature , he is very sensitive to pollutants, which can weaken him considerably. The Planeteers cannot use their rings while Captain Planet has been summoned. So dearest friends in this new category you will get to know a very important part of our existence and how to make our world a better place to live for .If you want to learn about your home and how to save it , stay here on games-kids.com and play all the adventures our team prepared only for you our dearest players!