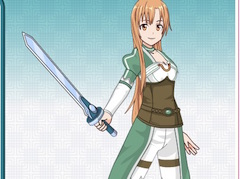 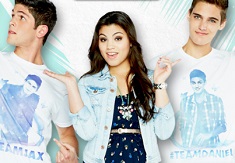 Every Witch Way Are You a… 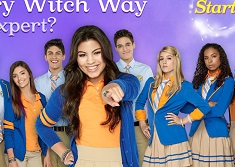 Every Witch Way Are You an…

If you like our site, read more about Every Witch Way Games!

This new category that we have for you next is a beautiful one in which you will have by your side, the characters from the serie Every Witch Way.

Let us move further with the categories that we have for you and bring you another new and beautiful online category of games in which we invite you to join us and have some fun. This new category that we have for you next is a beautiful one in which you will have by your side, the characters from the serie Every Witch Way. As we promised we try to offer to you categories with your favourite character and also with your favourite type of games. Every day you have a huge number of new games and that also means that we have to create new categories everytime. Our family of categories is growing as the days goes by and we are very proud of that. We are sure that you will have a lot of fun playing this new games that we have especially for you, so join us and have fun playing the games that the category has to offer. But, before starting to play the game, why donâ€™t you readthe following senteces so that you can find out a little something about the serie and itâ€™s characters. The main character of the serie is Emma Alonso who moves with her father Francisco to the suburbs of Miami, Florida, where she learns that she is the Chosen One, a witch who has great powers and abilities of her generation, ready to face every threat that comes to her. Emma barely makes it through the school year with the help of Lily, the school nurse and Emma's guardian, Andi Cruz, her best friend, Daniel Miller, a mutual crush, and the rest of the Sharks, Iridium High's swim team. There are obstacles along the way, too as Maddie Van Pelt, the leader of the Panthers, a trio of the school's most popular girls, who is a newly profound witch and Daniel's ex-girlfriend, and the principal, Miss Torres: who she is a 400 year old witch and the old Chosen One, too, but she's malicious and tries to stay in Emmaâ€™s way . During the upcoming eclipse, she plans on taking Emma's powers, but fails after Maddie and Emma join forces, despite their differences, and destroy her with the help of the Hexoren, a book of spells that Emma inherited from her late mother whom she loved a lot . After standing up to the Witches Council, Emma has finally embraced all that comes with being the Chosen One and sheâ€™s not backing down , she is ready for every thread that comes. Emma is ready to start making her own rules no matter the cost. She can be shown to be a bit too nice and honest at times and can also be a bit devious but is still a sweet and charming girl. Emma is sometimes clumsy when it comes to magic and is not as tough as she thinks she is. Here you will have a lot of games with the characters from the serie and despite those whom we mentioned you will met even more characters. Have fun!