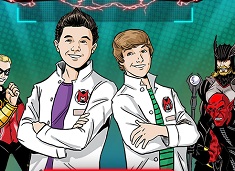 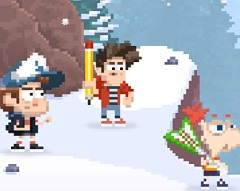 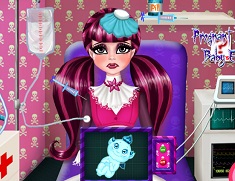 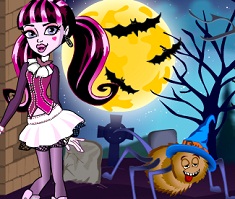 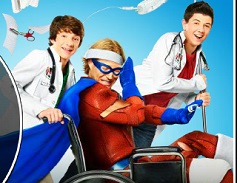 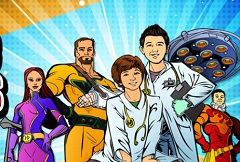 If you like our site, read more about Mighty Med Games!

The story of the series stars Oliver and Kaz, two boys who find themselves in a superhero hospital named Mighty Med. Oliver and Kaz become doctors and youth observers at Mighty Med where they are under the supervision of Dr. Horace Diaz despite the fact that they are normal people.

The administrative team from games-kids.com has for you a brand new category of games as promised. As tou all know we want to offer you all the desired categorie of games dedicated to your favourite characaters and even types of games. The new category that we have to offer is one of the most desired a category in wich you will spend time with your favourite characters from the disney xd series, Mighty Med. As you may recall we want only to see you happy and to enjoy playing the games that we have to offer specially for you. We decided to offer this new category and in it, we want to offer all the existing games. We want to create a custom and to talk a little anout every category that we have to offer, and this category is not an exception. Mighty Med is a live-action comedy series, inspired by the extraordinary world of super heroes and comic books. The story of the series stars Oliver and Kaz, two boys who find themselves in a superhero hospital named Mighty Med. Oliver and Kaz were hanging out at their favourite comis book store and inadvetently they discover a secret wing of a hospital that caters to sper heroes and comic book characters. Oliver and Kaz become doctors and youth observers at Mighty Med where they are under the supervision of Dr. Horace Diaz despite the fact that they are normal people. Kaz is Oliver's best friend always there for him no matter what. He is lazy in school, always looking for something fun to do, and he will often try to get away with a shortcut that ends up getting them both into trouble. While he seems stupid sometimes, Kaz can unexpectedly come up with a smart solution to a problem which surprizes all . Oliver is Kaz's best friend, and puts up with his flaws because he sees good in him, when no one else does. He is intelligent, sweet, and sarcastic, the perfect Yin to Kaz's Yang, the perfect best friends. He is also in love with Skylar Storm a superhero from the planet Caldera. The two of them will start to have a liel full of adventure and adrenaline, having the chance to meet all the superheroes from their favourite comis books. Int his new categry that we got to offer we have for you many games, cool games to offer and we invite you to play all of them. Games-kids.com has prepared funny adventure games and is invitnig you o play them!