- We have 2 games in this category! 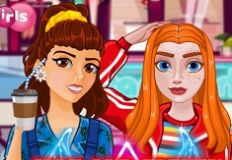 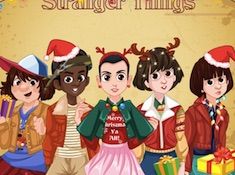 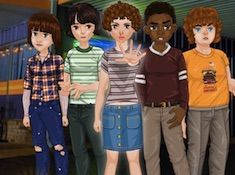 If you like our site, read more about Stranger Things Games!

We invite you to check out the games from the Strangers Things category because you get to play with Will, Mike, Lucas, Dustin, Eleven and other characters who are waiting for you in these games which can be even with supernatural things , like all the stuff happening in Hawkins from the moment Eleven opens a gate to an alternate dimension.

What are the best Stranger Things Games in 2020?

What are the best mobile Stranger Things Games?

We have very good news for you dear kids , we are here to make sure you always have a good time and that is a certain thing when you get to play with new characters with new stories sot hat is why we are here with a brand new category in which you get to play with some characters which we are sure you already know and you will be clearly be very curious about their stories and games they have available here on our site. As you can see, we have a brand new Stranger Things category for you dear kids in which you actually get to play with the Stranger Things characters, with the boys who are mainly the main characters of the story Stranger Things. Even if our site is the first time you get to play with these characters, we are sure you will have a good time and we can promise you that you will be curious about their stories, after all Stranger Things sounds very interesting and fun and you shouldn't miss out the games we have with them. But we want to tell you some things about them anyway because we are here to make sure you have a good time and if you know these boys or other characters and their story of the Stranger Things, you will clearly be more curious about the games they have for you. So the Stranger Things, the series and the adventures all occur in the city of Hawkins and the four boys, Will Byers, Mike Wheeler, Lucas Sinclair and Dustin Henderson are the kids you are going to play the most in the Stranger Things games and we can promise you that you will clearly have a really good time with them. The Stranger Things stories start when Will Byers is kidnapped , somehow, and everybody is looking for him, his family, his friends, the police and so on. All kind of strange things start to occur and first his mother is the only one who noticed and who believes all the fantasy things that are occurring. But somebody else is a very important character who helps a lot in finding Will, Eleven, the beautiful girl who has magical powers and can do things with her mind and we are sure you will want to meet her int he Stranger Things games we have for you. The boys, Mike, Lucas , Dustin and their new friend Eleven and in the end even the mother Joyce and of course the very important character in the series, Jim Hopper the chief of police succeed in finding Will in an alternate dimension which was opened by Eleven because the Hawkins Laboratory where all kind of supernatural things and experiments are occurring. Even if you did know all of these or not, we are sure you will be curious to play with all the Stranger Things games we have for you, adventure games, mystery games, boys games and all of the possibilities are waiting for you. Good luck!