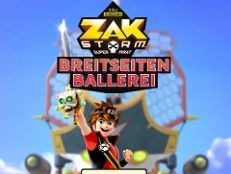 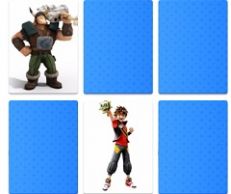 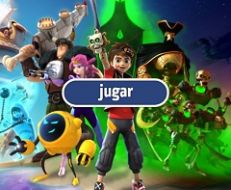 If you like our site, read more about Zak Storm Games!

If you like pirates, magic creatures and ships that could travel the entire water structure of the world, we encourage you to look for the Zak Storm games category here on our website, where dear friends you can find pirate adventures, pirate action games, boys fighting for ships and pirates that want to conquer the world. Zak Storm is a surfer boy lost in the Bermuda Triangle, and even though he has a magical gem that can get him home, he will need your help to finish his mission and re-unite all the seven seas and so unlish the Eye of Beru and try to go back home where he can surf again with all his friends. Zak Storm is ready to make new friends and become the best animated pirate, so make sure that you finish each challenge from our website. Have fun!

What are the best mobile Zak Storm Games?

Games-kids.com is the only place where you dear friends can play amazing games with amazing characters, and today dear friends you can see that we are bringing for you a new online Zak Storm games category, in which you will have the chance to take part of amazing stories and adventures with a little teenage boy that we are sure that will become your friend in the shortest time. Zak Storm is a little boy that loves surfing, until one day when his hobby made him dissapear and reach a new relm where he never been before. Zak Storm is not the main character's real name, it's Conrad Zacharie Storm, but all his friends and family calls him Zak Storm because it's shorter. One day, Zak went surfing, because his main pation is surfing, and he took one of his father's necklaces, and while falling from a wave, Zak got stuck in a void and was transported into the Bermuda Triangle, where he is going to be picked up by a pirate shilp called the Chaos. The Zak storm is an animated story, and you will see that once Zak Storm is transported into the Bermuda Triangle, many unexplicable things, because magic is free to use in the Bermuda Triangle. You can see that on the pirate ship that took Zak Storm, you will find the very first talking sword here on games-kids.com. Zak is going to be amazed and frightend at the same time by the sword, but he will get used to the strange things and magic from the Bermuda Triangle. If you are wondering why did Zak Storm got transported in the Bermuda Triangle all of a sudden, you will learn that his father's necklace that he took when gone surfing has a special gem or diamond named Eye of Bery, which has a special power that transported him in this magican animated place called Bermuda Triangle. Even thoug it's a magical word, Zak Storm has a way out, because the Eve of Bery can get him back home, but for that Zak has to become a real pirate on the Chaos, and become captain as fast as possible. This new Zak Storm games category is going to be filled with pirate adventures and action games for boys, in which dear friends you will have to help Zak storm gain points and win each and every one of his missions, tasks or jobs that he taken to become the Chaos captain and return home to his family. Even though it sounds easy to become captain of a pirate ship without a captain, you can see that Zak will have special adventures and challenges that are not going to be easy to finish, and you will have to work hard and be a smart pirate in order to finish this challenges that Zak Storm will bring here on games-kids.com. To have an easier mission, Zak has to gather a team in the Bermuda Triangle, and the only ones that can help him are a ghost boy, an Atlantean princess, a space alien and a viking, which are going to be his first crue as a pirate, and you will have to help this new Zak Storm crue to unite the Seven Seas, which will bring him one step closer to unlock the Eye of Bery gem powers and go back home from the magic world of the Bermuda Triangle. We are sure that you and all the characters from this new Zak Storm games category are going to have a great time, because all of the challenges will bring you to solve puzzle, complete memory challenges, color pictures and many adventures with pirates and magic creatures such like the talking sword on the Chaos pirate ship that saved Zak Storm. Read this description in order to learn many interersting things about the latest category here on our website, and we are sure that you will be tempted to search for all the Zak Storm games on our website, and you can see that this is not going to be our latest category that we present for you here on our website, and you can play with more new characters in the shortest time here on our website. Have fun!