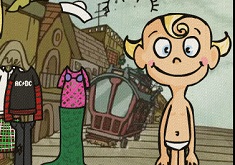 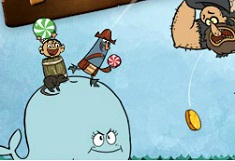 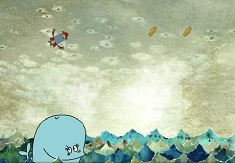 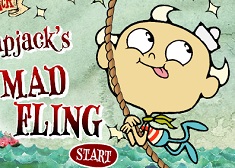 If you like our site, read more about Flapjack Games!

The new category that we have the pleasure to offer to you is a new and beautiful online category in which you will have all the existing games with the characters from the Cartoon Network serie, Flapjack.

What are the best Flapjack Games in 2020?

What are the best mobile Flapjack Games?

The administrative team of games-kids.com has decided to surprise you with new categories every time we have the chance and now is one of those times. We are tring to increase out family of categories and in this way to offer you more new games with all of your favourite characters. The new category that we have the pleasure to offer to you is a new and beautiful online category in which you will have all the existing games with the characters from the Cartoon Network serie, Flapjack. The administrative team is eager to offer you all the games with Flapjack and his friends and we hope that you are eager to play them. Because we love to have you by our side we try each day to bring you the most beautiful and fun online games, new games in which we are sure that you will enjoy spending the time with friends and characters. This time we would like to keep going with our tradition and offer you some details about the characters from the serie and after that to invite you to try the games. Flapjack is the main character of the serie as you realized, after the title, which has his name, a young boy raised by a talking and very fun loving whale named Bubbie. Flapjack led a peaceful life like and ordinary child, until he and Bubbie have rescued a low-life with the name of Captain K'nuckles, who tells Flapjack stories of a place called Candied Island where he had a lot of adventures , some of the fun and some dangerous but in the end also fun. Flapjack was inspired by the adventurous pirate Captain K'Nuckles said he has and he wants to have adventures like that too. He and Bubbie get into creepy strange predicaments and misadventures in search of Candied Island , always managing to get into troubles from which Bubbie gets him out almost all the time.The three spend most of their time in Stormalong Harbor, where they earn money, eat candy, and get into troubles almost every day, and ending up with Bubbie mad at Captain Kâ€™nucckles because he gets bad things into Flapjackâ€™s head. Flapjack has a light olive drab scarf, white and red striped T-shirt, and blue pants. He has a sailor's hat and blonde hair, looking very cute and adorable. Captain K'nuckles is not very active and prefers to spend his time in Bubbie's mouth or eating candy at the Candy Barrel, leaving us the opinion that he is very lazy and that he invents many of his fascinating story with his adventures. He usually likes to tell stories of his many adventures to Flapjack, and, because of this, Flapjack does not see him as the lazy person he is. Come and join us in this new and fun category of games and enjoy spending the time with some of your favourite characters.